The current Australian Standard, AS/NZS 3760:2010 specifies the tests required to be conducted in order to confirm the electrical safety of an item.
Whilst the New Zealand Standard does not mandate a Portable Appliance Tester (PAT) should be used to conduct these tests, the use of a PAT remains one of the most comprehensive and efficient methods of ensuring an items electrical safety.

The following electrical tests are also required under AS/NZS 3760:2010. 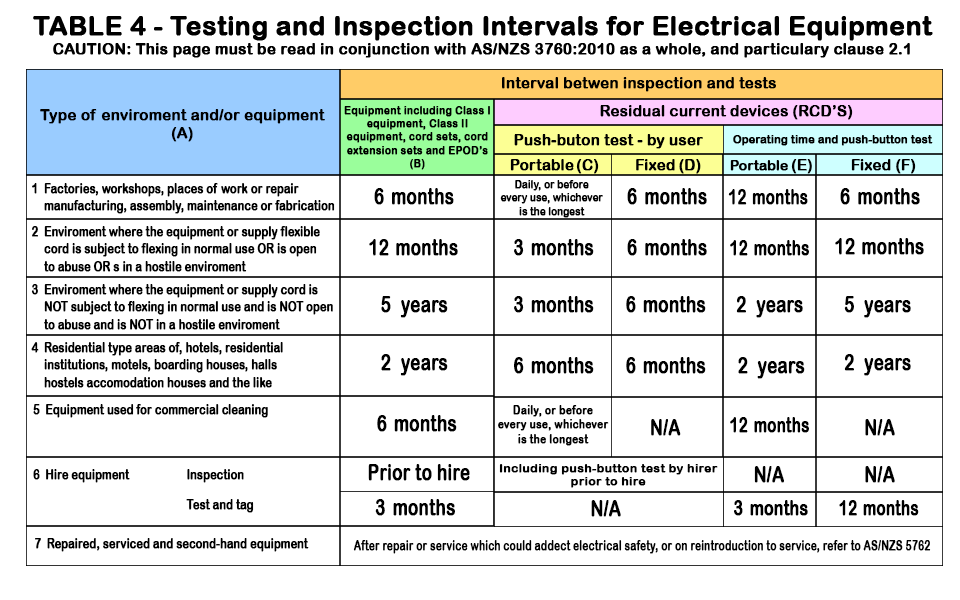